A Momentous Ruling and Sin

Believe it or not, we pretty much know where this leak came from.

The best way to go through this is to use the words that Justice Samuel Alito used. So let’s go through the highlights that Politico brought forward.

What he says here is true. Abortion was not a debate when the Constitution was written. It is not part of the Constitution and there is no reference to it anywhere. This is right. The Constitution is a living document but it must go through the amendment process. The courts can’t do that. 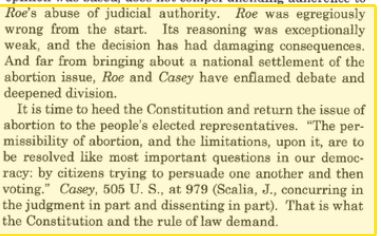 Yes, the courts had no right to make up laws. 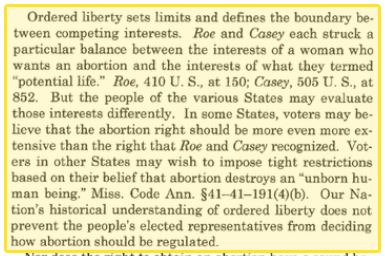 Again, this is a Federalist, states rights argument. This is correct. 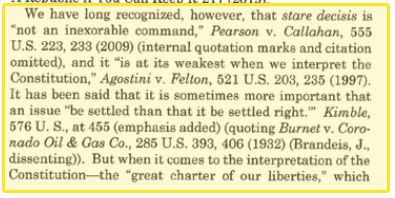 This was a bad precedent.

This is a long statement but it is right on.

This is exactly correct and I am shocked that this court finally had the guts to say it. This is what people don’t get: This ruling completely ignored the Constitution. 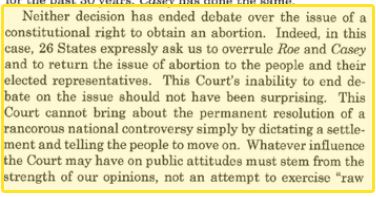 This is a bit of a cowardly statement. The ruling was unconstitutional. He should have said that. If the federal government can’t make a law, the states must determine the laws. 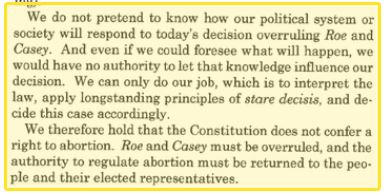 They know now. So let’s talk about how this ruling got released.

As you can imagine, everyone on the Left is flipping out.

“We do not know whether this draft is genuine, or whether it reflects the final decision of the Court. With that critical caveat, I want to be clear on three points about the cases before the Supreme Court.

“First, my administration argued strongly before the Court in defense of Roe v. Wade. We said that Roe is based on ‘a long line of precedent recognizing ‘the Fourteenth Amendment’s concept of personal liberty’… against government interference with intensely personal decisions.

“I believe that a woman’s right to choose is fundamental, Roe has been the law of the land for almost fifty years, and basic fairness and the stability of our law demand that it not be overturned.

“I directed my Gender Policy Council and White House Counsel’s Office to prepare options for an Administration response to the continued attack on abortion and reproductive rights, under a variety of possible outcomes in the cases pending before the Supreme Court.

“We will be ready when any ruling is issued.”

He concluded by saying something that is true:

Biden, on Tuesday, added that if the Supreme Court “does overturn Roe, it will fall on our nation’s elected officials at all levels of government to protect a woman’s right to choose.”

“And it will fall on voters to elect pro-choice officials this November. At the federal level, we will need more pro-choice Senators and a pro-choice majority in the House to adopt legislation that codifies Roe, which I will work to pass and sign into law.”

I just want to point something out: 60% of the population believes there should be tight limits on abortion. Most believe that should be during the first trimester or the first twelve weeks. The Mississippi law sets it at 15 weeks.

Let’s talk about what is going to happen here if this holds as the ruling (and I think it will).